BRUCE WAS A TRIAL LAWYER IN BURLINGTON WITH 40+ YEARS OF EXPERIENCE PROVIDING PERSONAL INJURY, CAR ACCIDENT AND OTHER LEGAL EXPERTISE TO CLIENTS.

Bruce Hillyer was one of the founding partners of what is now Martin & Hillyer Associates. Bruce was called to the bar in 1972 and has over 45 years of experience as a trial lawyer representing clients in the Burlington area. His practice was focused on civil litigation, with an emphasis on personal injury, medical malpractice and insurance disputes.

He has appeared before an extensive array of administrative boards and tribunals over his 45 years of practice and has represented his clients and their causes at all levels of court in Ontario, as well as the Supreme Court of Canada.

In 2010, Bruce was selected by his peers as the Plaintiff Lawyer of the Year in the area of personal injury litigation for all of Ontario.

Bruce was a founding member and the first president of the Ontario Trial Lawyers’ Association (OTLA), an organization whose mandate is to “fearlessly champion, through the pursuit of the highest standards of advocacy, the cause of those who have suffered injury or injustice.” He was actively involved in OTLA, as well as its American cousin, the American Association of Justice.

His many years as a trial lawyer have been a wonderful experience. “It’s given me an enormous opportunity to meet and more importantly help a great group of people with a wide variety of problems.”

His clients traveled from just about every part of the world. Representing these clients has given him the opportunity to travel to many countries around the world. Bruce’s cases have encompassed everything from the most serious criminal cases (including 9 successful homicide cases) through a vast variety of personal injuries caused by an equally vast number of causes.

Bruce’s cases have been in the following areas;

Today Bruce’s primary focus is on serious personal injury and death cases no matter how they are caused.

While Bruce’s proudest accomplishment was founding the ONTARIO TRIAL LAWYERS ASSOCIATION some of his other career milestones include the following;

Bruce serves on the board at his church and local golf club. He has two wonderful children and his 50+ years of marriage are topped off with his great love of the great outdoors where much of his leisure time is spent hunting and travelling.

“Every first appointment with a client is a ‘high’ for me. I enjoy meeting people, learning about their lives and careers and most importantly, helping them solve whatever their legal problem is.”

Bruce is an associate with Hillyer Professional Corporation 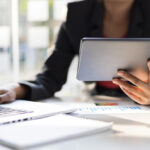 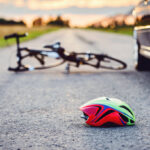