GET HOME SAFELY THIS HOLIDAY SEASON WITH OPERATION RED NOSE 2013 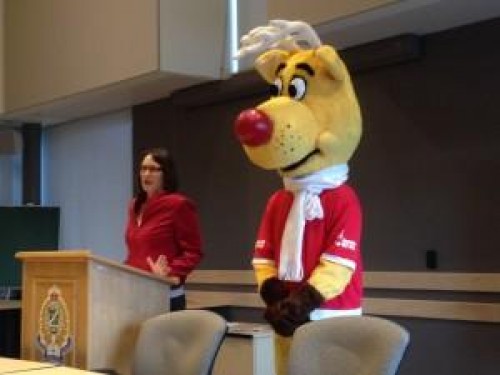 OTLA is proud to once again be the provincial sponsor for Operation Red Nose, a designated driving program running throughout the holiday season in 10 communities across Ontario Canada.

“We are very excited once again to be a part of Operation Red Nose,” said Laura Hillyer, chair of OTLA’s Public Relations committee. Ms. Hillyer was on hand at the November 18 launch of Operation Red Nose in Burlington. “Operation Red Nose has a strong history of providing a valuable service that has kept our roads safe during the holiday season over many years in communities across the country.”

This service, which is free for users, is provided by driving teams made up of three volunteers. A driver and a navigator ride with the client in the client’s car, while an escort driver follows behind in the his or her own car. Last year in all communities, the program achieved its goal of zero crashes, zero injuries and zero fatalities on the days in which Operation Red Nose provided service. The 2012 campaign saw a total of 18,202 Ontario citizens receive a safe ride home, thanks to Operation Red Nose. A total of 178,148 kilometres were driven, and Operation Red Nose collected $133,741 in donation funds.

Operation Red Nose is spearheaded in Ontario by the Ontario Safety League, and supported by OTLA as the provincial sponsor, along with hundreds of community volunteers.

“OTLA has nearly 1,500 lawyers and law clerks across the province. We work to seek justice for people who are injured in motor vehicle accidents, in slip and fall cases, in medical negligence and other types of accidents,” continued Ms. Hillyer. So we are far too familiar with the consequences of what happens when injuries occur and, as a result of our experience, we are dedicated to working to prevent injuries from occurring in the first place.”