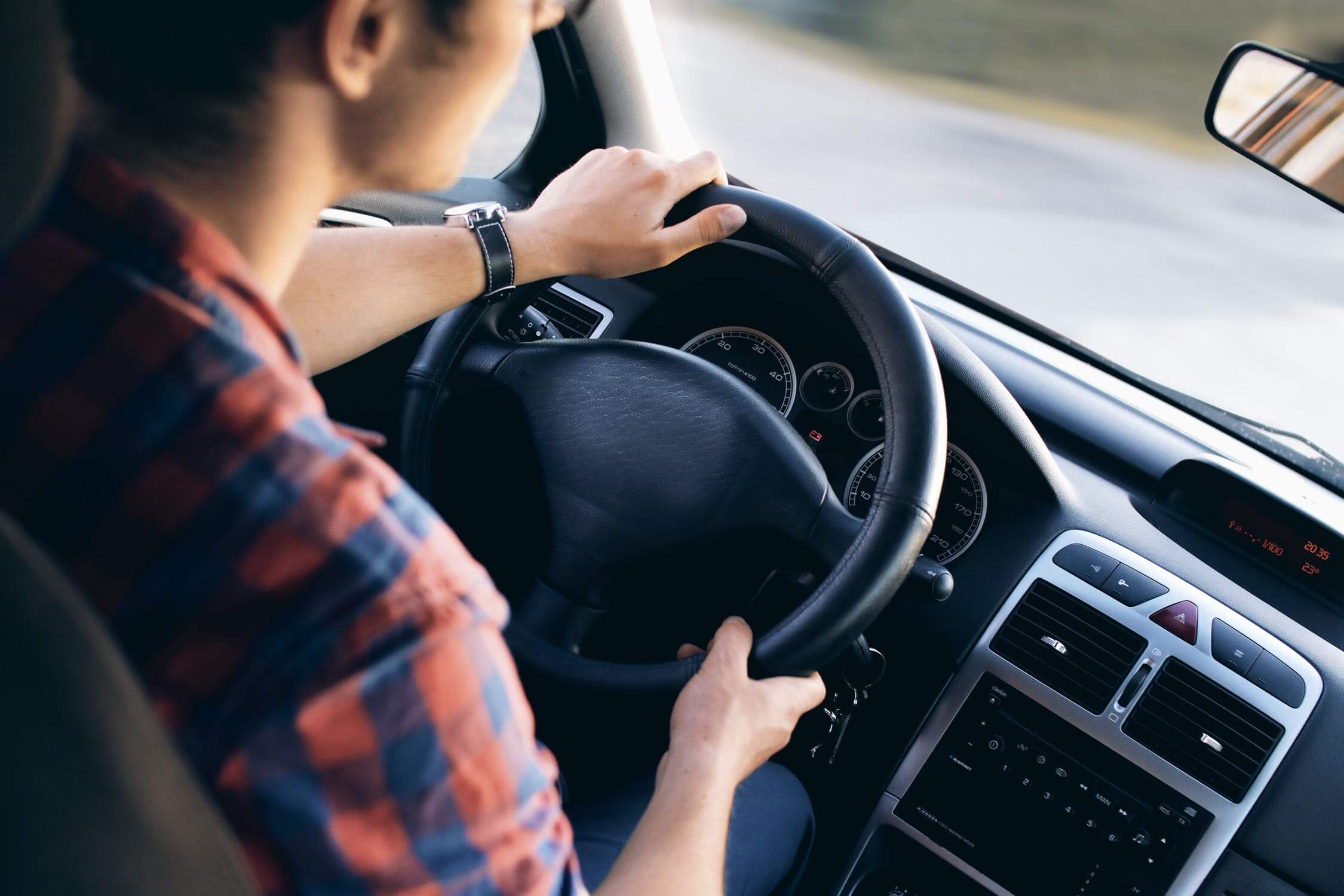 The Ontario government is looking for feedback on two proposed changes to the way your car insurance works.

First, they want to change how much coverage is available to people who are catastrophically injured in a car accident, and for once they are increasing the numbers, not reducing them.  But there’s a big catch.

Second, they want to prevent people and their insurance companies from agreeing to ‘settle out’ claims for medical & rehabilitation benefits in most cases after a crash for a lump sum, instead forcing the claim to remain open for the full 5 years after an accident. You can have your say about these two reforms by completing the online surveys here:

These are interesting proposals, but will they really lead to any positive change?

As part of its car insurance reform, the previous government slashed coverage for catastrophically injured people in half, from $2 million to $1 million.  This was a major blow to accident victims – you would be surprised how quickly someone with catastrophic injuries can burn through $1 million in care and treatment costs.

The new proposal seeks to restore the missing million – but only to an extent.  The proposal is to make the “default” coverage for drivers $2 million, but to let drivers choose to reduce this coverage if they want to pay less for their insurance.  This is effectively the reverse of the current model, where the default is $1 million, but people can choose to pay more for extra coverage.

While this sounds good in theory, the problem is that the vast majority of people buy insurance without carefully considering the benefits they are getting – they are focused exclusively on price.  This is why we encounter so few people who have the optional benefits they really should have on their policies.

Faced with two options – a responsible broker recommending at least the default coverage for someone, and a discount provider offering much cheaper rates (but with half the coverage), many people will choose the latter without carefully thinking through the implications.

When people don’t have the coverage they need, that leads to more litigation to try to recover compensation from other drivers’ insurance, and higher costs on our public health and welfare system.

The partial restoration of $2 million in coverage is a step in the right direction, but coverage should be standard for all auto policies – not merely a default people can (and will) opt out of.

The second proposal being floated by the government seeks to end most lump-sum payouts of medical and attendant care benefits to people who haven’t suffered catastrophic injuries by their insurers.

Since the last round of insurance benefit cuts a few years ago, people who aren’t catastrophically injured have been able to access medical and care benefits for up to 5 years after a crash, up to a maximum of $65,000 (unless extra coverage has been purchased – which, as mentioned, it almost never is).  This doesn’t mean everyone automatically gets $65,000. though!  This is a maximum – the insurer only has to pay for specific treatment within the coverage period if it is “reasonable and necessary.”

Unsurprisingly, injured people and their insurers don’t always agree on what is “reasonable and necessary.”  This leads to a constant tension between the injured person and their insurance company, with injured people worrying their benefits might get cut off any minute, and the insurance company needing to carefully review every single treatment plan that is submitted and sometimes pay for expensive medical assessments to decide if the proposed good or service is really reasonable & necessary.

This is stressful for the injured person, and expensive for the insurance company that needs to pay for claims adjusters to be familiar with every single person’s complete medical history, for medical assessments, and sometimes for lawyers to fight disputes through at a tribunal.

Because of this, both sides sometimes have an incentive to compromise and “settle” claims once and for all, rather than dragging them out for the full 5 years.

The new proposal would eliminate this option in most cases – insurance companies and their customers would no longer be permitted to agree to this compromise, unless a separate benefit was purchased by the insured person (which it seems unlikely anyone would ever purchase).

It is hard to see who this will help.

For injured people, it means injured people will be stuck in constant conflict with their insurance companies over the full 5-years of their claim, and that people won’t be able to spend the money as they see fit – if your insurance company thinks that $500 should be spent on medication rather than massage, then they get to make that call (until you launch a stressful and complicated formal dispute).

For the system, it means there will probably be a lot more appeals going to the tribunal that hears insurance disputes, driving up delays for everyone and increasing overall costs.

And it’s hard to see how this would really b in the insurance company’s interest.  If it was cheaper for the insurance company to keep claims open, that’s what they would be doing!  Insurance companies are in the business of making money – they don’t pay out settlements for fun or out of the goodness of their hearts!  No one was forcing them to settle claims up until now – they did it because it’s cheaper for them in the long run.  And now they will be prohibited from doing what they apparently think is often in their interests to do.

So… what’s the point of this again?

One justification that’s been floated is to prevent money from going to lawyers, rather than injured people.

It’s true that sometimes (increasingly rarely) injured people hire lawyers to help them fight their insurance company, and to help them negotiate a lump-sum settlement with them.  The lawyer will typically charge their client for their services in one of two ways: an hourly fee, or a fee that’s a percentage of whatever is recovered.  But either way, the insurance company doesn’t pay any of the lawyers fees: the lawyer is paid by their client, either on an hourly basis, or from an agreed-upon portion of the overall settlement.

The insurance company doesn’t have to pay any more because of the lawyer’s involvement, and whether and how much the injured person wants to pay their lawyer is between that person and the lawyer.

There are a lot of restrictions on what lawyers can charge their clients and how contingency fee agreements have to be structured, and in all cases, clients have the right to go in front of a judge to ask them to ensure the lawyer’s bill is fair.  There may be (probably are) some lawyers out there charging their clients too much out of their insurance settlements, and we definitely don’t condone this.  Those clients should have their lawyers’ accounts assessed by the court to ensure they are fair and reasonable.  But either way, such behaviour has nothing to do with the issue we’re talking about: the insurance company isn’t the one paying these fees – the client is.

Although, actually, there is one reason a lawyer’s involvement might impact the size of an insurance benefit settlement: as you can probably imagine, an individual person with no background in insurance and no knowledge of the complicated accident benefits system will be at a major disadvantage when fighting or negotiating on their own with a giant, well-resourced insurance company that does nothing but deal with this stuff every day.

When an injured person has an experienced car accident lawyer on their side, they can ensure their insurance company is following the rules and that they are accessing the benefits they are entitled to.  So that is one reason insurance companies might want to get lawyers out of the system.

The thinking may be that be eliminating these settlements, lawyers won’t be able to charge percentage fees to their clients, and since most badly injured clients can’t afford to pay lawyers hourly (since they are often off work or spending money towards their recovery), the lawyers won’t help with the car insurance benefits at all, making it easier for insurance companies to get away with cheaping out and screwing over their customers.

This is obviously, in my biased opinion, not a good reason to make this change!

But it probably isn’t even going to work.  It’s incredibly hard for lawyers to get paid out of the accident benefits system in these cases already: even where there are settlements, they aren’t large since the available benefits aren’t very significant.  Personal injury lawyers typically get most or all of their payment from the insurance company of the at-fault driver in the entirely unrelated litigation process.  They just help their client out with their own insurance company as a side service they provide along the way.  They might recover some payment if there is a settlement, but that’s already not particularly likely, and when it happens, it isn’t likely to be large.

“Care not cash” sounds great as a slogan, but this implementation probably isn’t going to do much of anything.

But there is some ominous and vague language in the discussion paper posted by the government related to this proposal that hints at some related changes that would significantly impact injured people.  The paper explains that to implement this change and minimize the rising claims costs discussed above, the government will have to look at ensuring “consistency” of treatment plans for injured people.

This sounds like a nice way of describing top-down, bureaucratically imposed care plans, rather than individualized treatment plans tailored to the unique needs of each specific people by their own treatment providers.

Government (or, worse, insurance company)-chosen treatment providers and treatment plans is a scary thought, and if that is the real focus of the government, a serious re-think of their plans is needed.

So What Do We Do?

These proposed changes are not as bad as they could be: for once we’re not worrying about outright cuts to injured people’s benefits with no guarantees of reduced premiums.  But the proposals sure don’t seem to do much to actually help injured people.

So why not complete the surveys linked to on the government’s site and let the government know what you think about these changes.  Let’s ask the government to focus their attention instead on changes that will really make a difference.  Here are three simple things I think we should be focused on to fix our auto insurance system and see better results and lower costs for Ontarians:

What would you focus on? 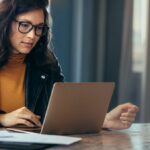