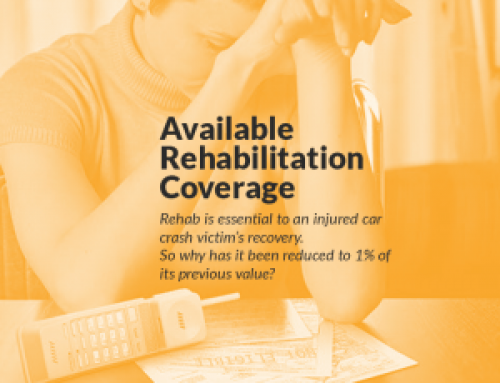 Prior to September 2010, car crash victims had up to $100,000.00 in available coverage for rehabilitation. To be clear, insurance companies weren’t writing cheques to claimants in this amount. The funds were only available for reasonable and necessary treatment to aid in recovery. Seldom were the limits reached.

The 2010 changes lowered the coverage $3,500.00 for the vast majority of claimants and OTLA now estimates that under the CTI Guideline, funding will be reduced to approximately $1,000.00 per person. 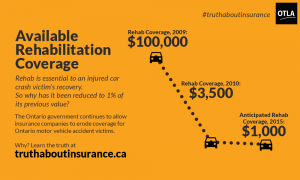 The CTI study purports to be scientific but a close analysis of the conclusions indicate that it is anything but. Criticism of the Guideline has been widespread by organizations advocating on behalf of car crash victims such as FAIR, the Ontario Psychological Association and the Ontario Rehab Alliance.

So far, the government appears to be ignoring feedback from these organizations and specifically has failed to address their many concerns, including: The inclusion of Mild Traumatic Brain Injuries with the CTI Guideline; The composition of the CTI panel, which did not include an adequate number of diverse practising front-line treatment providers; The anticipated role of the family physician as a ‘gatekeeper’ to services when there is a consensus amongst the Ontario Medical Association and other healthcare professional associations that this is inconsistent with current practice, and will cause treatment delays and increased costs to the healthcare system; and The 6-month treatment window is not scientifically validated.

The studies proffered by the research team demonstrate that 50% of those with CTI do not recover within 1 year after the accident. At this time, the guideline remains subject to a consultation process and has not yet been finalized. However, if the Ontario government’s past approach to motor vehicle insurance provides any indication, the CTI Guideline will come into effect and will further deprive injured Ontarians of the benefits they desperately need to recover.