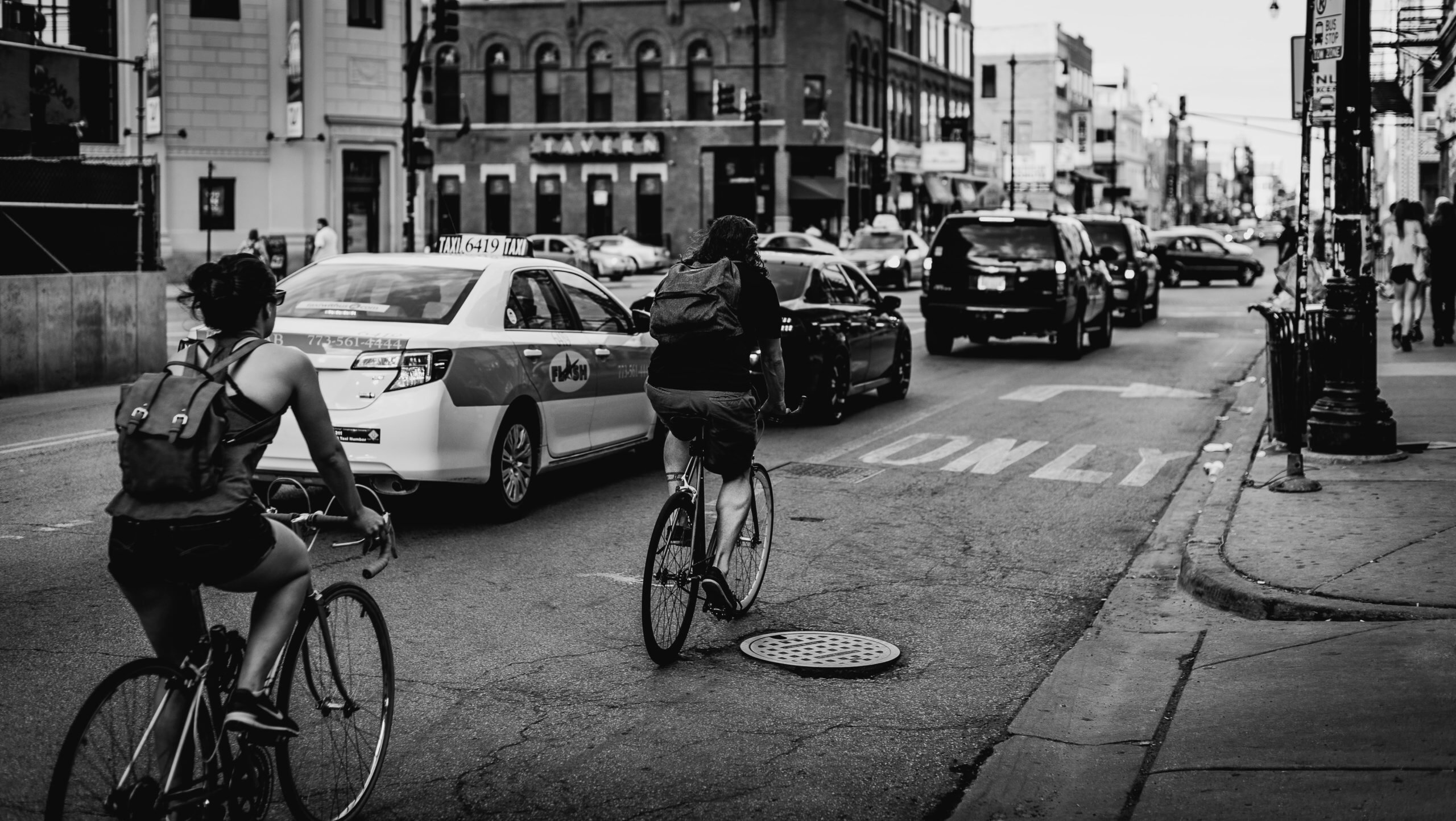 Did you know that 6% of Ontarians cycle every day, or almost every day? This represents a 50% increase from 2014. Cycling is a growing part of Ontario’s transit system, primarily in urban centres, but across the province.

One of the most common types of cycling related collisions is “dooring”, which occurs when a motor vehicle occupant opens a door into the path of a passing bicycle, almost invariably leading to serious injury, and in some cases even death. In 2016, there were over 200 reported dooring events in the City of Toronto.

Section 165(1) (a) of the Highway Traffic Act stipulates:

(a) open the door of a motor vehicle on a highway without first taking due precautions to ensure that his or her act will not interfere with the movement of or endanger any other person or vehicle;

Unfortunately, busy, crowded streets with many distractions continue to create opportunities for conflict between occupants of motor vehicles as they exit and passing cyclists. How can we best protect vulnerable cyclists from these conflicts, and serious injury from dooring incidents?

The Dutch Reach is a simple, low tech, proven-effective technique which, needless to say, originated in the Netherlands, which is renowned as the home one of the world’s most progression cycling cultures, with the resulting benefits to sustainable transportation.

Simply stated, the Dutch Reach is the act of using your inner hand to reach across your body to open a car door; that is to say the right hand for a driver, and the left hand for a front seat passenger. By using the hand farthest from the door, this forces the occupant of a motor vehicle to perform a subconscious shoulder check for cyclists, or any other road user. A number of North American jurisdictions, including Massachusetts, Washington State and Illinois have added the Dutch Reach to their driver instructional and training materials. You can read more about the Dutch Reach here: https://www.nytimes.com/2018/10/05/smarter-living/the-dutch-reach-save-bicyclists-lives-bicycle-safety-drivers.html.

Despite the provincial government recognizing the importance of eliminating dooring incidents by the 2015 HTA amendments, police forces are not required to track dooring incidents as “reportable collisions”, collecting only the minimal data required by the Province (the Toronto Police Service being a notable exception), because the motor vehicle is not in motion. This means that many jurisdictions do not maintain sufficient data to allow cyclist dooring to be tracked accurately through the provincial Annual Road Safety Report, and elsewhere. Without tracking dooring incidents, we are unable to understand dooring trends and hot spots or identify meaningful solutions to prevent them in the first place. The current system also creates inconsistencies and confusion across different jurisdictions.

Two private members bills currently before the legislature at Queen’s Park seek to improve road safety for Ontario’s cyclists and drivers by:

Please contact your MPP to let them know that you support safer Ontario roads for all users through the implementation of these important initiatives.

We can work together to make Ontario’s roads safer while waiting for the provincial government to catch up. In 2018, the Share the Road Cycling Coalition launched a Dutch Reach awareness campaign with their partners at the Canadian Automobile Association (South Central Ontario).  You can learn more about that campaign here: https://www.newswire.ca/news-releases/share-the-road-and-caa-want-you-to-do-the-dutch-reach-681908101.html

Practicing the Dutch Reach is a simple and proven method for increasing road safety that we can all start implementing right now. We hope that with support from legislators at Queen’s Park, we can ensure that everyone learning to drive in Ontario learns about the Dutch Reach.

Ian Brisbin has represented many clients in virtually all areas of personal injury law, including car accidents, accidents on property and long-term disability claims. Ian maintains a particular interest in the law as it relates to cyclists and accidents suffered by cyclists. He has appeared as trial and appellate counsel before all levels of Ontario Courts and has extensive experience advocating before various administrative tribunals.